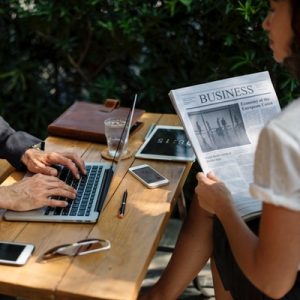 While working with corporations, a common challenge many of my clients relate to me is multi-generational differences. I usually share with them about an activity I use in my workshop called “Same, same but different”. In this activity, participants need to find a partner who has something that is either similar or different based on the instruction from the facilitator. For example, the facilitator would shout out “Same, same”, participants will scramble to find a partner and identify what they have in common. Those without a partner would need to perform a hilarious dance. The activity always brings out laughter and people warm up to each other fairly quickly.

WHERE WE FOCUS, GROWS

To quote Stephen Covey, “Even when we did not choose, we have already made a choice”. This refers to our ability to be in control of our choices consciously or unconsciously. Studies in neuroscience have shown the basal ganglia(it is situated at the base of the forebrain) control our automatic function. This means our default setting which is the automatic ability is where we make unconscious decision.

If our focus is on differences then over time we will find it difficult to work with people who are different from us. The more we focus on differences, the greater the disparity is. For example, if you don’t like a person because he is boastful, firstly it means you are more likely to be someone who is reserved and shares your achievement when asked. Therefore boastful (i.e someone who speaks a lot about their achievements) is different from yours. As you focus on this difference, you will ‘magically’ notice that he tends to be selfish, attention seeker, not sincere and many other negative qualities. How would it be like if you had to work with this person?

In contrast, if we choose to look out for similarities such as “he gets work done”, “he is a good communicator”, “He is able to keep his team happy” and other positive qualities, working with the person would be a joy, wouldn’t it?

People who value facts usually tell me “The above example focuses on perception of the facts rather than the fact itself”, to this, I agree with them and ask the most common sense question “If that is true, then which perception will be more helpful for you if you have to work with the individual?”

Different generations perceive things differently because this is part of their default setting.

I am mindful as I write this that labelling person ‘Gen X or Gen Y’ is a generalization because everyone is unique. Nevertheless, understanding a generation as a cohort gives us a macro level understanding of the factors that shape them. 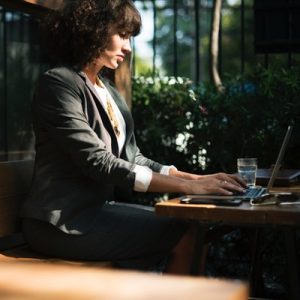 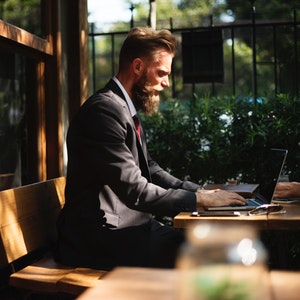 WE ARE SHAPED BY OUR EXPERIENCES

Many academics who study generational differences tend to agree on the time frame that separates the different generation. The ‘cut-off’ is usually based on some significant difference in the environment at large. For example, early baby boomer was during the world war period. One can imagine the effects of war on the psychology, emotion and behaviors on people.

The below information is extracted from Tripartite Alliance of Fair Employment Practices (TAFEP), Singapore. (Click hereto be directed to the publication)

4 areas that broadly shaped the generations are parenting style, availability of education, media influence and technology. Viewed through these lenses you will be able to understand some of the underlying values that shaped the different generation.

Most psychologists say that personalities are formed by the age of 14-16. This explains why the different generation values certain behavior more than other because those behavior was promoted and widely accepted within that generation. This is their default setting or what neuroscientist referred to as ‘hard-wired’.

In his book ‘The Power of Habits’, Charles Duhigg explains how our default setting is actually a habit. We have behavioral habit as well as thinking habit. Example of behavioral habit is driving. When we first drove a car, we were conscious about every action’ from adjusting the rear mirror, ensuring the gear is in neutral, wearing seat belts. Overtime, this behavior became unconscious because it has become a habit and we don’t realize we are even doing it. When it comes to thinking, we do have a default mode of thinking. For example, if our default thinking style is ‘we see possibilities in all we do’, then when faced with a situation, our thoughts will automatically drive us towards finding a way to overcome it. For others, if the default thinking is ‘There is no way out of this’, when faced with a situation, they would generally complain and point fingers at others. This explains why people can be predictable and most customer predictive analysis is based on habits. Our default thinking and behavior does not define us and therefore with some effort, we could rewire our brains to think and for us to behave in a more favorable way.

Therefore, different generations can be viewed in the light of promoting and championing the habits they are accustomed to.

So, how do we find similarities in different habits? The answer is we don’t. We acknowledge the differences. The similarities can be found in our nature as human being.

WE RESPOND TO OUR IMMEDIATE NEEDS

Abraham Maslow’s original work states that there are 5 levels of needs. They are: physiological, security, sense of belonging, self-esteem and self-actualization. At the lowest, is the individual physical need (physiological) and at the highest level (self-actualization) is the need to serve others. (Refer to diagram below) Maslow’s premise is that we respond to our immediate needs. As our immediate need is fulfilled, a new need emerges.

Putting this in context, Baby Boomers grew up in an environment where they have very little and things are scarce (post world war). Therefore, thinking long term may not be a default mode because day-to-day living was the agenda of the day. One can say that the immediate need was physiological in nature. Therefore, there is a greater tendency for this generation to be more thankful for everything they have. As their ability to meet their day-to-day need becomes fulfilled, they start thinking of what needs to be done to ensure continuity. This elevates them to the next level in Maslow; Security. This influences their parenting styles where the emphasis to their children (whom later will be called the Gen X) would be on getting a full-time job.

On the other hand, the Gen-Ys grew up in a time of abundance. As most of their parents have struggled for a better life, Gen Ys are shielded from the pain of meeting the day-to-day necessities and do not need to think of survival and continuity. Furthermore, with the exploding age of the internet, knowledge was limitless and unlimited exposure. They started venturing (through the internet) life beyond their physical realm (generally limited by geographical boundary). To some extent, this created the ‘hunger’ for ‘truth’ and ‘what is possible’, something the previous generations had no access to unless they got a job that allows them to travel. As much as Gen Ys have a greater sense of awareness, their exposure unconsciously leads them to question their ‘existence’ and a ‘sense of belonging’. That may explain why the Gen Ys are more concerned about environmental issues and also wanting ownership in the things they are involved in. In the workplace we often see Gen Ys daring to leave a job without another secured job just because they don’t feel they belong there.

So, generational differences really are about people meeting their own needs. Some needs are more physical and others more emotional. This influences the values they hold. Because we are habitual creatures, we function in our default mode.

Ultimately, regardless of which generation, and if you agree with Maslow, everyone has the same desire, that is to contribute to a greater good (for the benefit of others). This would be the similarity we innately have. Focusing on this will slowly chip away at our focus on ‘differences’.

WE LIVE IN A SYSTEM

Just like a family, we influence each other all the time. Imagine a child upon coming home, throws a tantrum because something ‘bad’ happened in school, the mother in trying to calm the child becomes worked up because the child does not seem to be any better and after many try, she walks away irritated and somewhat frustrated. When the husband comes home from work, he is tired and sits down on the sofa and click away on the tv remote control. The wife storms in (as she is still worked up) and starts asking the husband (in an upset tone) why is he not concern that the child is in a bad mood but instead watching tv and being oblivious. Does this story sound familiar?

A family is a system. A system consists of ‘parts interacting with each other. Parts could refer to anything from a person to an object.. Anything that does not influence a system is not part of that system. In a family (system), every member of the family interacts with one another and therefore influences each other, knowingly or unknowingly.

Likewise, an organization is a system. Every position created in the organization has a specific role and if the roles don’t function, the system will crash (eventually). The reality of today’s workforce is that we have the Baby Boomers, the Gen X and the Gen Y working together. They need to realize their actions and (expressed) thoughts will influence the system either for good or bad.

I used to recall my colleagues saying “I will keep work and personal life separate”. I would like to believe what they meant is they will be professional in their work. A workplace where relationship is mainly transactional will produce average results. Because we are all humans, there need to be some level of ‘doing life together’ in the workplace. It does not mean we share our most intimate issues with everyone; rather we need to cultivate friendship in the workplace. Friendship will fill up our ‘emotional bank account’ that gives us the grace to forgive others when they are different (some call it difficult). This friendship factor is the lubricant that would make the parts of the system work smoothly.

BEING RIGHT VERSUS BEING WISE

If we take a deeper look, being right is actually subjective. What is right to one person may not be right to another. For example, a Baby Boomer may see being promoted based on seniority as the right way whereas it makes total sense to a Gen Y that promotion is based on merit. From my experience, ‘being right’ may come from our inner desire to show we are ‘better’ than others. Which also explains when we complain about others, it is to give the idea that we are the ‘good’ party and therefore is a victim of them.

Being wise in a multi-generational context is about the ability to work with one another harmoniously because this usually produces high performance. Being right tends to be more about a situation where one defends their position. When people become defensive, the interaction within the system reduces and this will have an impact to the system (over time). I am not advocating allowing wrong actions to continue in the organization, rather finding the right time and framing it in the way the other person (or generation) can accept is important. For this, using the right knowledge will bring about wisdom in you.

I would like to conclude by saying; a successful and happy workplace is about recognizing that we influence each other. One of the commonality across generations is about being successful. We may not have the privilege of choosing who we work with but we have the ability to choose if we want to focus on our differences or similarities. Choose wisely.